ADAMS' efficient token-passing architecture makes it ideal to handle streams of data. It is also very easy to extend. In these examples, we introduce new actors for several signal analysis techniques, and show how we can quickly build and test workflows to analyse time series data.

Note: the videos should only be considered educational, as some of the concepts in ADAMS have changed over time. E.g., global actors are now called callable, since they can appear in different scopes within the flow. Also, SingleFileSupplier and MultiFileSupplier got merged into the FileSupplier actor.

Convolution - Finding the signal in the noise

Sensor data is often noisy and complex. Here, we introduce an actor for convolution, an operation that transforms the data into something more useful.

First, we convolute the signal with a Gaussian response function (or kernel) to obtain a much cleaner signal. 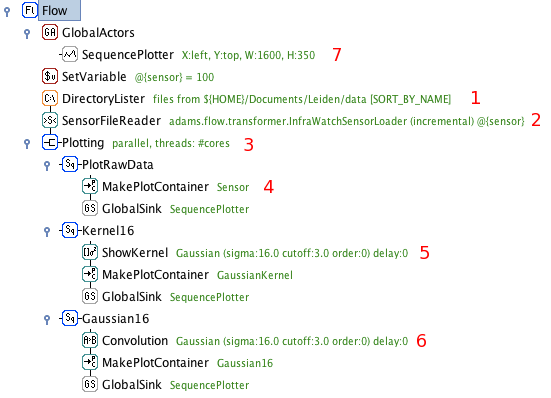 Changing the width of the kernel allows us to focus on events occurring on different time scales. Simply copy-paste the last two branches and change the kernel widths. 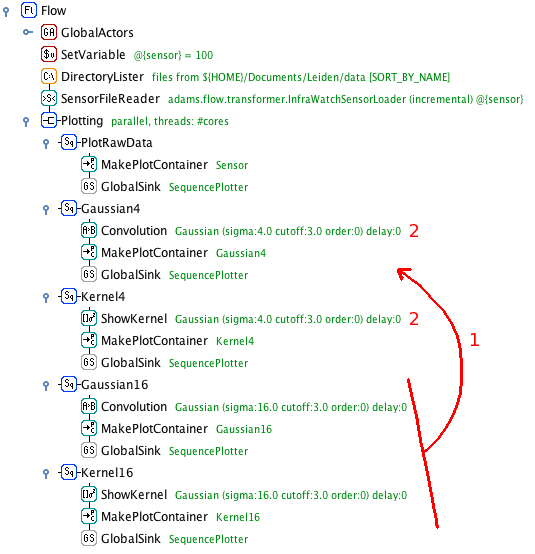 Convoluting the same signal with a whole range of different kernel widths creates a so-called scale space, a space of signals sensitive to events at different time scales. 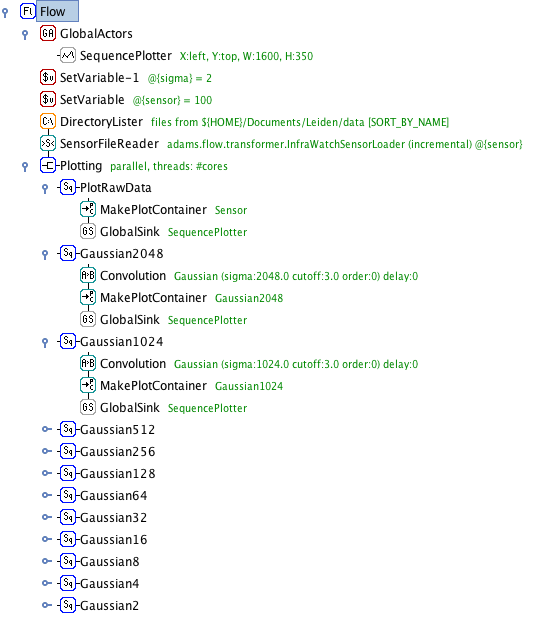 Decomposition of a sensor signal into components displaying events occurring on different time scales. Detecting transient events when these events occur on different timescales in data prone to baseline shifts can be very tricky. Through scale-space decomposition, we decompose the raw signal into its natural components, and use those to detect events. This is done by taking the scale space and establishing 'regions' of the scale space where events of a certain time scale take place. Each region will be represented by a component, calculated by substracting the convolutions at either end of the region. The latter is also known as a 'difference of Gaussians' filter, or band-pass filter. The sum of the components recreates the original signal. 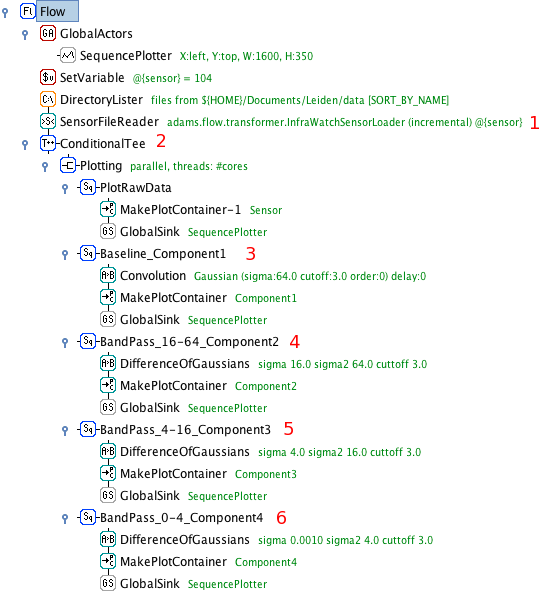 A time series can be approximated by a piecewise linear function. This will result in a time series that is significantly smaller in size (disk space), and thus easier to store and process. 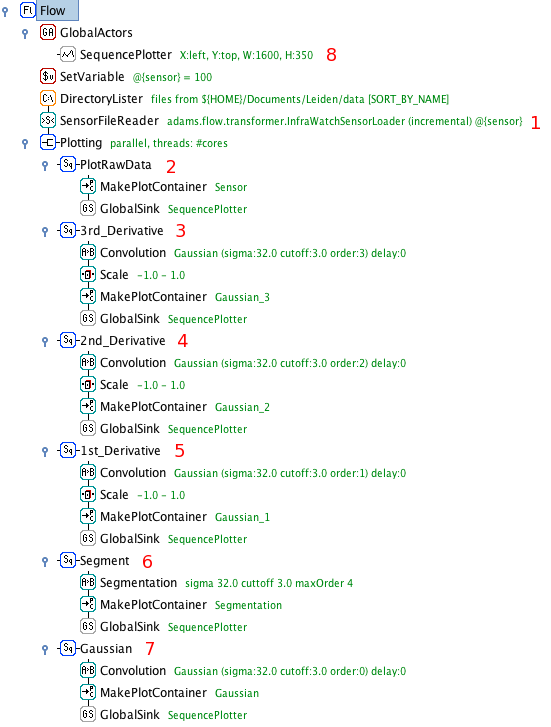 Applying discrete fourier transformation to the sensor data and displaying the frequency domain. 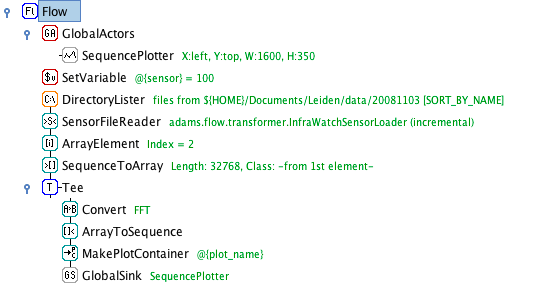